Gallery 98 specializes in art ephemera from the 1970’s – 1990’s.  The vintage announcements, posters, and flyers available for purchase online make for an affordable and practical way for art lovers to indulge their collecting passions.  Here are three new additions to our inventory. 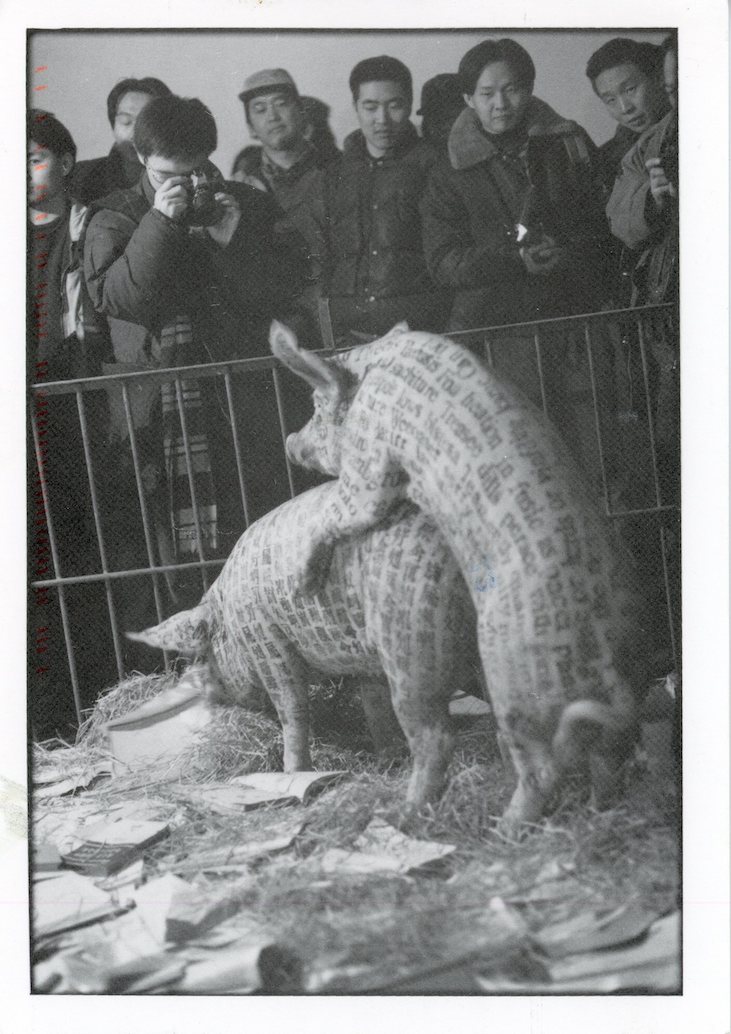 Robert Colescott was one of the few Black artists to regularly show in SoHo galleries in the 1980’s.  His paintings, which humorously interject African Americans into traditional European American settings, seemed to satisfy all audiences. This poster, Dear Bob… We loved your show…, provides Colescott’s own perspective on this success.

The card for Jack Tilton’s 1994 exhibition of New Art from China features a photo from Xu Bing’s controversial performance piece, showing two pigs mating, one marked with false Chinese characters and the other with English words.  Last year following an outcry from animal rights activists, The Guggenheim removed the piece from their exhibition, Art and China after 1989.  Less noted was the fact that earlier this year, the museum purchased Xu Bing’s performance videotape for their permanent collection.

Adrian Piper’s current retrospective at the Museum of Modern Art has brought much acclaim to a conceptual artist who was one of the first to incorporate into her art issues of identity and politics. This card is for Piper’s 1990 exhibition at the John Weber Gallery, where she addressed racial injustice by combining discordant images and the words ‘Pretend Not To Know What You Know.’

Gallery 98 adds new items every few days.  You can stay current with our New Additions page.