In the last few weeks, much attention has settled on the artist Adam Purple, the widely credited inspiration of the urban garden movement and a hero in the battle against the gentrification of the Lower East Side. Purple’s best-known work, the 15,000-square-foot Garden of Eden, grew from its first planting in 1975 to encompass five lots on Forsyth Street before its loudly protested demolition by the city in 1986. 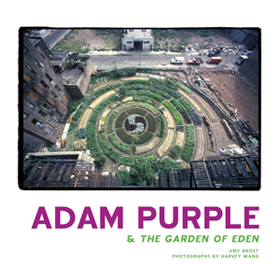 Adam Purple & the Garden of Eden by Amy Brost, with photographs by Harvey Wang.

Purple’s death at age 84 this past September renewed public interest, and the opening of the Hotel Indigo on Orchard Street kept him in the spotlight. News that the boutique hotel had named its 15th floor bar the “Purple Room” and its pricy hamburger “Mr. Purple” (the real Mr. Purple was a vegan) catalyzed local anger over gentrification. Caught in the middle was Lee Quinones, formerly known as the graffiti artist “Lee,” who grew up on the Lower East Side, and whose spectacular ceiling mural in the Hotel Indigo’s lobby celebrates Purple alongside other local creative heroes like Patti Astor and Miguel Piñero.

As anger and accusations mounted, the story took an unexpected turn. In an article in the Villager, Purple’s daughter exposed the artist and activist as a convicted child molester, who had served prison time in Australia. “It would be as if Disney named a ride after Roman Polanski,” Purple’s grandson was quoted saying in response to the Hotel Indigo’s branding.

Harvey Wang, a photographer interested in the history and culture of the Lower East Side, documented the Garden of Eden from inception to demolition. With Amy Brost, Wang has collected his photos of Purple and the Garden of Eden for a book and for an award-winning short documentary about the lost masterpiece. Gallery 98 has long featured one of Wang’s best portraits of Purple, re-printed to commemorate the 25th anniversary of the Garden’s destruction. Please inquire about copies of other prints. 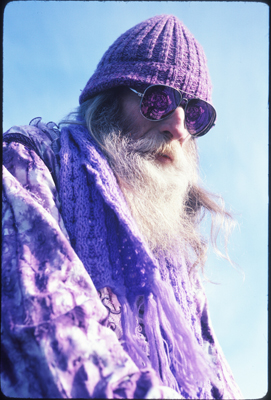 Harvey Wang’s photograph of Adam Purple was the model for a portrait at the Hotel Indigo. 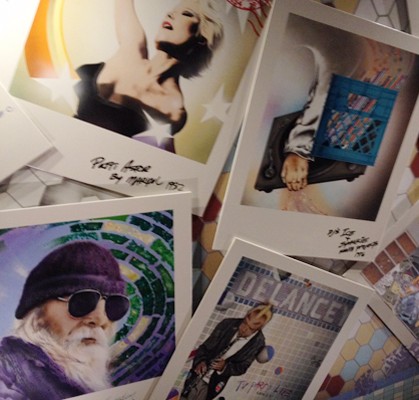